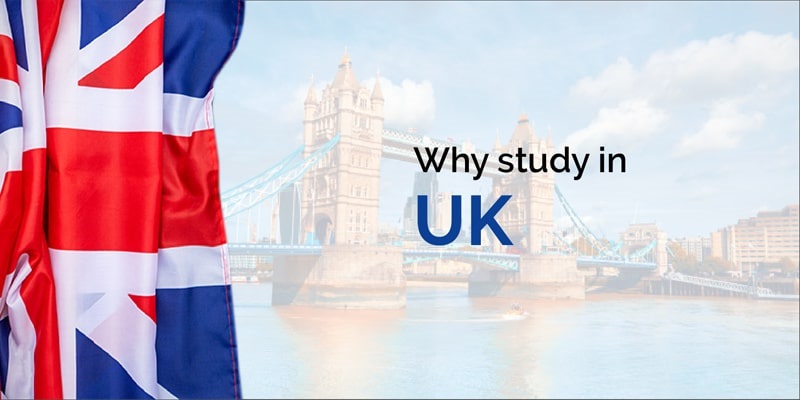 Why Study in UK?

The United Kingdom, the second-most well-known country among foreign students, provides high-quality education, practical knowledge, job possibilities, and diverse culture that beg to be discovered. To learn why we believe you should study in the United Kingdom, read this blog.

Why study in UK?

Four of the top ten universities in the world are from the United Kingdom, owing to their innovative teaching techniques and hands-on learning style. Not only that, but students have the freedom to create their own courses, making it the second-most popular location for higher education.

In the United Kingdom, a bachelor's degree takes three years to complete, whilst a master's degree takes one year. This assists students in lowering their overall tuition and costs of living. It also helps them to graduate faster and find work sooner than normal.

While the United Kingdom has just 1% of the world's population, it conducts 5% of worldwide scientific research and generates 14% of the world's most frequently referenced articles.

Another advantage of studying in the United Kingdom is that the government provides a variety of scholarships to students of various backgrounds. These scholarships are awarded not just on merit, but also on athletic ability, financial necessity, cultural background, and other factors.

If the arguments listed above aren't enough to convince you to study in the United Kingdom, this one will. The National Health Service will provide you with free medical treatment as an international student (NHS).

Every year, more than 60,000 overseas students come to the United Kingdom to study engineering, science, art, business and management, law, and finance.

Cost of studying in the UK for international students

International students may expect to pay between £10,000 and £26,000 per year to study in the United Kingdom.
You will be paying between £800 and £1,300 per month on living expenses. This sum is sufficient to cover your lodging, meals, transportation, and other expenditures. If you don't live in an expensive city like London, it doesn't have to be as high as £1,300.

In comparison to the United States or Australia, the United Kingdom is known for its research-oriented teaching techniques, high-ranking universities, and reduced education prices. The country's immigration laws have also altered, enabling students to stay and work for two years following graduation. 7th Sky Foreign Education is dedicated to providing students with a one-stop shop for students who have great dreams. We deal with all of the transparency as a responsible stakeholder and visa counselor in Ahmedabad. Our services offer complete study visa assistance for Canada, the United Kingdom, New Zealand, and Australia.

How to Get a Student Visa for Canada?

Benefits of Studying in Canada

BENEFITS OF IELTS IN INDIA

Why Study in UK?

Study in UK without IELTS